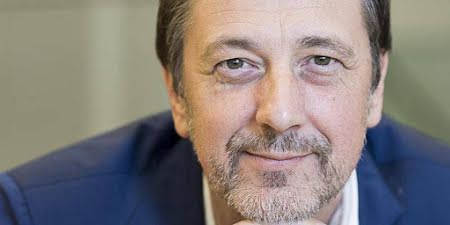 We Have the Power

Let us put a couple of things straight, shall we. We are humans. Agreed? We live on this one tiny planet that we call our home. Agreed? Killing people is not ok. Agreed? Even taking the chance of killing people is terribly not done. Agreed? Ruining our planet is not an option. We only have this one. Agreed?
Fine. Now we have our common ground. If you do not agree, you do not have to read any further.

You are still here. Good. I also believe that we agree that the internal combustion engines (ICE) as we have known them for over a century now are not good for people nor planet. There is plenty of evidence and the lobby that tries to minimize the impact or contradicts the facts is slowly fading away. One can not deny the inconvenient truth any longer.

Let us face the facts

2. The homes of 7.5 billion people is under serious threat. If we do not stop CO2 pollution fast, we can never stop the tsunami of devestating cumulative effects. And fast is fast. Like in really fast.  Even if there are chances that it may not be this apocalyptic as some lobbying groups try to express, we cannot take the risk.

3. ICE vehicles not only endanger our planet over time. The toxic smoke produced as a side effect of the combustion, is bad for people. Very bad. When the Chinese government states that ICE kills people, believe me, than ICE kills. Big time.
Facts. We kill people and ruin our homes.

Can one man save the planet and its people? No. Can one man stop this insanity? No. But can one man start a movement that eventually saves the world?  Yes, he can. His name is Elon Musk.

ICE cars need to get off the planet. Very fast. ASAP. And final. Very final.

The movement has started. Elon Musk focused on Electrical Cars, started building and selling them under the brand name Tesla and changed the world. For ever. None of the traditional brands would have ever moved away from ICE. That was never on their minds as it does not fit into their KPI's structures nor procedures.

First they ignored Tesla big time. Then they started to fight that new species.

Directly and aggressively. There must be dozens of 'Tesla killers’ out there.

Or indirectly. Every day we are confronted with negative news about Tesla and electrical cars and batteries, just to try to scare the public and to slow down the massive change. Too little too late.

Are electrical cars ideal? Nope. Are they fun to drive? Yes. I drive a Tesla. I love it. I'll never go back to ICE. Driving my Tesla changed my perspective. I started to hear and smell ICE cars in a different way and it started to annoyed me that they were still around. I feel part of a movement.

Are there still lots of issues concerning batteries? You bet. But the movement has started. Tesla is successful. Model S is eating huge trunks of market share of the big brands where it hurts: the top segment. Their flagships are going down and that is bad news. Very bad news. So all brands are developing electrical cars now because they have to admit the shift has happened. People are ready for electrical.

China has decided to go full steam ahead promoting electric and killing ICE fast. To stop the toxic ICE effects in their crowded cities.

Elon Musk is so into saving the planet he developed a plan B: Mars, aka 'The Back-up Planet’ . SpaceX is the company to make that happen. I hope we never need Mars. Sincerely.

Traditional brands invest in electric but at the same time they themselves and their powerfully lobby are still trying to slow down the electrification of automotive and that is a criminal act. Nothing less.

The necessary disruption of ICE will not come from the traditional automotive industry. That is why they all hope that Tesla goes bankrupt.

People and planet need entrepreneurs like Elon Musk to drive the change and they need governments to speed up the process. By punishing ICE and by rewarding clean mobility. Like the Chinese government. And Europe.

That people and organisations even dare to protest against the new European standards is beyond belief. Those new norms will punish air pollution of ICE vehicles based on true numbers (no doubt about that, Dieselgate was the last push we needed). Finally.

I know what those people and their lobby will say: we just need more time. That is exactly the problem. We have no more time. We already waiting way too long. Time is up. We can only hope we are not too late already. I hope we do not really need that Back-up Planet…

I hope our Belgian government has the brains, the heart and the guts to push the new European norms into practise asap thus forcing carmaker and consumers into electrical cars. The hard way.

Let us hope Tesla gets that model 3 in our European market fast. Maybe we can still save our world ourselves. We. Consumers.

We have the power! We  have social media. We have the networks. We have the money. We decide where and how to spend it. We are the ones that can really force traditional brands to stop this insanity and take their responsibility. We can force them by NOT buying ICE cars anymore.

We can be superheroes saving the world. Let us just do that, shall we?